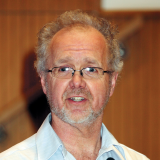 I hope this comment is not too long but I’ve been following Tax Gap discussions for so long that it’s hard to pass by the chance to comment!

Background
This is an interesting development. Writing from the UK I’m not in regular contact with developments in Canadian tax administration. But I do recall there has been some entertainment over the Tax Gap, with the Parliamentary Budget Officer asking for the CRA to do some work on it - and being rebuffed.

In fact, the CRA has not been keen on preparing a Tax Gap analysis. In 2002 it reported that attempting to estimate overall levels of reporting non-compliance such as the ‘tax gap’ or the total amount of smuggling activity was fraught with difficulty. (CRCA Performance report for the period ending 31 March 2002.) Ten years later the CRA were still not convinced. At the start of 2013 they told the PBO: 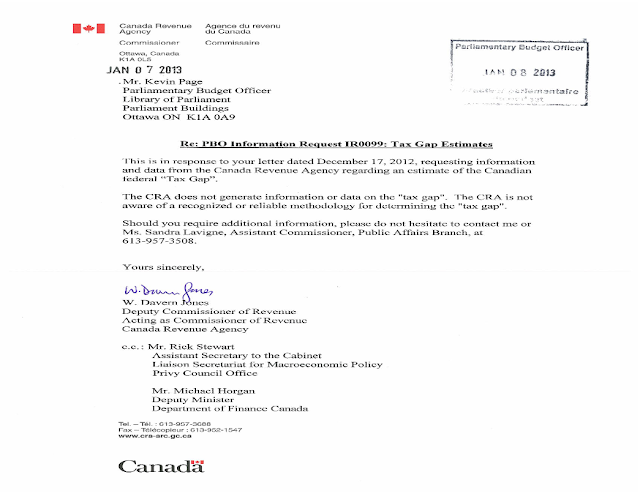 The CRA later pointed out “the significant debate about the precision, accuracy and utility of any methodology to calculate the tax gap”. It drew attention to critical comments from the UK Treasury Select Committee, as well as the fact of 52 tax administrations surveyed by the IRS, 33 did not produce one, and the high costs of doing so. (CRA, PBO Information Request IR0102: tax gap estimates, letter 20 March 2013,] and PBO Information Request IR0102: tax gap estimates, letter 1 August 2013.) In 2014 the PBO even threatened to take legal action in order to compel production.
But in the recent election there was a promise to undertake such a study, ending this long standing reluctance to follow the example of other countries, including the USA and UK.  And following the Panama Papers the Revenue Minister said in January a tax gap study would be done. The new Canadian study comprises a 31pp paper on a conceptual study of the Canadian tax gap and an 11pp study on the Canadian GST/HST, which gives a gap of 5.5% in 2000 and 6.5% in 2014. (It explicitly references the decision announced by the Minister of National on 11 April.)

Basis of study – what’s in and what’s out
The conceptual study does, to an outsider, seem to spend a lot of time in not saying a great deal. It seems to add qualification to qualification, caveat after caveat, so that at times I wondered if the CRA really wanted to publish anything at all. Gus O’Donnell is the UK civil servant who wrote the Report that led to the UK Customs and Excise combining with the Inland Revenue to form HM Revenue and Customs. In that Report he surely got it down to a few words: “Making estimates of the tax gap is methodologically and empirically difficult, although easier for indirect taxes where tax can typically be related to consumption. Direct tax gaps are particularly difficult to estimate because the aggregate figures for income, for example, are built on tax data.”

The CRA's conceptual study refers a lot to the HMRC papers and policies on calculating the Tax Gap. But in some of the key areas it dances around what might be difficult decisions e.g., whether to report the gross tax gap, or, as in the UK, the gap after action to tackle non-compliance.

Avoidance
More controversially, the UK includes tax avoidance.  This is a good illustration of its overall approach.

On the other hand, academics and members of the accountancy profession have argued the opposite, that any estimate should not include avoidance as referenced by the “spirit of the law”. For example, during a Treasury Select Committee Hearing on The Administration and Effectiveness of HMRC, Judith Freedman (Professor of Tax Law, Oxford University) commented “I really take issue with the spirit of the law part, because either you have law or you don’t have law and the law has to state what it is.”

The Canadian paper discusses this option and concludes “the appropriate treatment of tax avoidance is less clear”. It seems Canada has decided to not include avoidance in its definition: “In general the CRA’s approach to the tax gap encompasses non-compliance related to non-filing, non-registration (in the case of GST/HST), errors, under-payment, non-payment, and unlawful tax evasion” (p29).  There seems to be no explicit position on avoidance but, although I doubt it will happen, “under-payment” is potentially broad enough to include under-payment via avoidance.

Other “Gaps”
Another area the study did not address is what the IMF and EU call the “tax policy gap”. I agree with this decision (which mirrors the UK). The IMF would widen the definition and use of the Tax Gap approach. It suggests including the effects of policy choices that lead to reduced revenues. In a study on the UK Tax Gap it refers to the impact of compliance issues on revenue as “the compliance gap” and the revenue loss attributable to provisions in tax laws that allow an exemption, a special credit, a preferential rate of tax, or a deferral of tax liability, as the “policy gap” (para 68).  As part of this they recommend tax avoidance schemes deemed legal through litigation should be considered part of the policy gap, not the compliance gap, and this distinction should be made clear.

A similar point was made by an EU report on VAT. They suggested that a possible link between the policy and the compliance gaps, since using the reliefs and allowances intended by policy could make compliance more difficult. “Reducing the policy gap may often be the simplest and most effective way to reduce the compliance gap. “ (p21)

In my view these kinds of proposals are likely to be very complex, perhaps contentious, and hard to administer. It seems a sensible decision to not refer to them or suggest their inclusion.

Then there are the base erosion issues where tax is avoided through the use of legal structures that make use of mismatches between domestic and international tax, e.g. permanent establishments. The Canadian study nods in the direction of BEPS and then passes by.

What’s the point of working out a Tax Gap?
But putting aside these sorts of issues, or whether “top-down” targeting is better than “bottom-up”, does the size of the hidden or “informal” economy predict the level of GST/VAT underpayment (or is it the other way around?), perhaps the  big $64K question is whether any of this means anything. If there is no clear agreement on the numbers, how they are calculated and their reliability, then is there are any point in preparing them?

The very concept of the tax gap is not universally agreed to be a useful analytical or strategic lever. Apart from the earlier Canadian reluctance, the Australians were slow to go down this road. UK Parliamentarians have been less than keen. In 2012 the Treasury Select Committee said they thought it was essentially a waste of time and resources. Worse, they feared it would misdirect HMRC away from ensuring every taxpayer paid the right amount of tax. Such fears have not died. The current TSC is examining UK corporation tax. Their early work involved scoping the problem and they heard some evidence on the tax gap. Andrew Tyrie (the Chair) seemed less than enthused at the very concept.

I think it has merits. But it ought not to be elevated to some shibboleth. It is one high-level measure of how successfully legislation is being applied, use of resources, etc.  The UK Government’s official position is that that “thinking about the tax gap forces the department to focus attention on the need to understand how non-compliance occurs and how the causes can be addressed—whether through tailored assistance, simpler legislation, redesigned processes or targeted interventions. Measuring the tax gap helps us to understand whether increasing returns from compliance activity reflect improved effectiveness or merely a decrease in voluntary compliance.”

The Canadian paper says broadly the same things (pp22-24). It talks of providing insight into the overall health of the tax system, of understanding the composition and scale of non-compliance, but warns of their limitations.

If that is how it used then I think it is a useful aid to policy making and how robust is the assurance being provided by the tax administration.