The always excellent Peter Spiro has recently posted this new article on SSRN, of interest. Abstract:

This Article examines international law limitations on the ascription of citizenship in the context of U.S. taxation of non-resident citizens. U.S. citizenship practice is exceptionally generous, extending citizenship to almost all persons in its territory at the moment of birth. At the same time that it is generous at the front end, U.S. citizenship is sticky at the back. Termination of citizenship on the individual’s part involves substantial fees and tax compliance. It is difficult to shed a citizenship one may never have wanted in the first place.

This stickiness would be inconsequential if few costs were associated with the status. But the United States taxes its citizens on a worldwide basis. The 2010 enactment of the Foreign Account Tax Compliance Act has ramped up historically lax enforcement and imposes substantial administrative burdens on even middle-earner citizens abroad.

In this frame, U.S. birthright citizenship and expatriation regimes may violate international norms, especially with respect to those "accidental Americans" who departed the United States as children. Even in the context of extremely relaxed historical constraints on state nationality practice, there were acknowledged nineteenth century limitations on the extension of citizenship to individuals with insufficient connection to a state -- citizenship over-claiming, as it were. The article also describes the historical requirement that naturalization be volitional, a norm now appropriately applied in some cases in the context of birthright citizenship.

To the extent the ascription of U.S. citizenship compromises individual rights, there are tax fixes and there are citizenship fixes. Citizenship fixes include opt-in and opt-out mechanisms for birthright citizenship. The better solution may lie in frictionless exit for those with nominal ties to the national community. Though reform is more likely to be accomplished through the tax regime, the moment highlights the over-inclusiveness of U.S. citizenship and the growing salience of international law to citizenship practices.

I'm less confident than Peter that reform will ever be delivered through the tax regime, but I am very glad to see this important contribution to the growing literature focusing on the citizenship/taxation link.
Posted by Allison at 4:26 PM 1 comment: 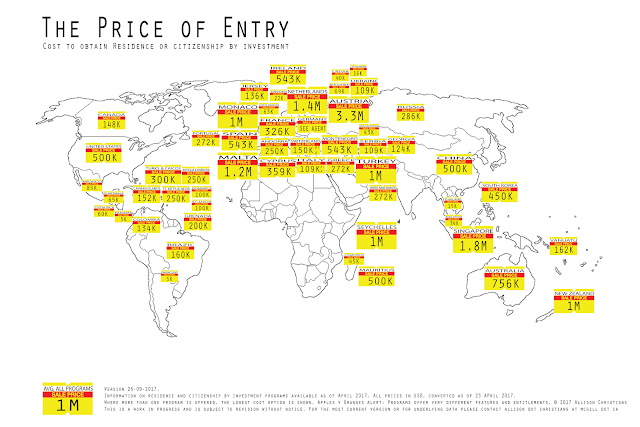