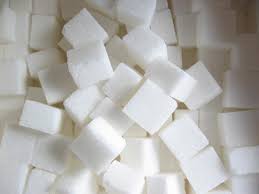 Last fiscal year, Americans paid about 69.9 cents per pound of refined sugar. The world price was less than 27.8 cents.

Why is that? Why, industrial policy/central planning of course: state-provided infrastructure, subsidies, import quotas, tariffs, etc. But according to the beneficiaries of all of this central planning, it's not all the planning.  It's global competition from mercenary states that don't have things like...wait for it....labor and environmental protections!


"Go down to Brazil," [anti-NAFTA sugar farmer James Dickson] says. "Check out the working conditions." Brazil's labor costs are much lower, and so are its environmental regulations. "They do stuff to their sugar we would never do."

Carney says not so fast, there's plenty of that to go around:


The federal government also made it possible for the industry to get cheap labor from the Bahamas and Jamaica. Through the British West Indies program, which was created during the Great Depression, "the United States government played a direct role in negotiating employment contracts for offshore laborers," explained Everglades historian David McCally. Uncle Sam even paid to ferry cane-cutters from the islands to Florida.

The guest-worker program put in place exploitative pay levels and work rules. For its part, Florida helped the industry by making it difficult or even illegal for cane cutters to quit. One farmer, lobbying the USDA against allowing Puerto Rican cutters, explained his reason: "Labor transported from the Bahama Islands can be deported and sent home, if it does not work, which cannot be done in the instance of labor from domestic United States or Puerto Rico."

All of this was the subject of a little known film called H2 Worker by Stephanie Black (who also produced Life and Debt, a must-see for anyone interested in development economics) which you should watch if you haven't yet, even though it is admittedly quite slow in parts.


Florida sugar cane is an industry literally built on big government, and growers know it will wither in a free market.

Not literally. But otherwise true enough.
Posted by Allison at 11:03 PM