Taxing Income Where Value is Created: draft and powerpoint 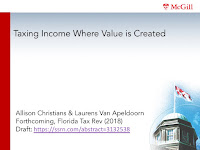 I have posted a draft of a work in progress, Taxing Income Where Value is Created, which is co-authored by Laurens van Apeldoorn (Leiden University). Here is the abstract:


Subscribing to the core idea that income should be taxed where value is created, the international community has devised a set of tax base protecting rules to counter a world in which highly profitable multinational companies like Apple, Google, and Amazon pay very little in taxation. But these rules rely on assumptions about value that tend to allocate most revenues from international trade and commerce to rich countries while, whether intentionally or not, depriving poorer countries of their proper share. This article argues that a rigorous examination of what we mean by value would prompt changes in this allocation. To demonstrate with a concrete example, the article examines wages paid to workers in low income countries and reveals a clear and well-documented gap between market price and fair market value resulting from labor exploitation. It then demonstrates how to apply this knowledge to existing international tax rule sets to reallocate profits to align more closely to the value-based ideal. If accepted in principle, the proposed approach could be expanded beyond wages to consider other areas in which prices do not align with value creation. Ultimately this could provide a more detailed template to reallocate multinational revenues in a way that does not inappropriately benefit richer countries at the expense of poorer ones.

My powerpoint presentation of the paper is available in PPT here and in PDF here. I have used various versions of this powerpoint in presenting this paper a couple of times now, with (hopefully) some improvements in each presentation.

As depicted in one of my slides, I have encountered a perplexing mix of reactions to the ideas presented in this paper. Feedback ranges from "will make administration and compliance impossible for tax authorities and taxpayers alike" to "won't change anything, profit shifters gonna profit shift" to "great idea; doesn't go far enough." I wonder if a competent authority faced with a price adjusted per our proposal would see it as a position reasonable and consistent with the ALTP as we do, and whether it actually matters to the competent authority whether it is reasonable or consistent or not (I will admit that I am skeptical that competent authorities work out disputes among themselves on the merits: see this paper for why). 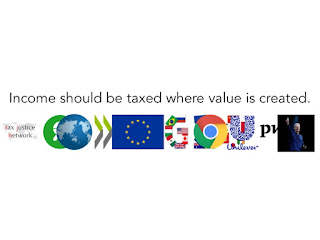 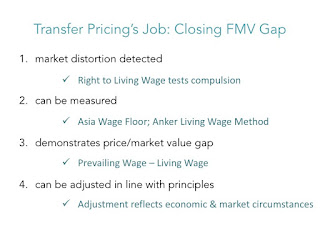 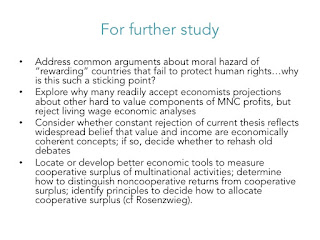 This is still a work in progress and comments are welcome.