Today at McGill: Brooks on Comparative Tax Law: Development of the Discipline

Today at McGill, Professor Kim Brooks will present her current work in progress as the final speaker of the 2017 tax policy colloquium at McGill Law. Here is the abstract: 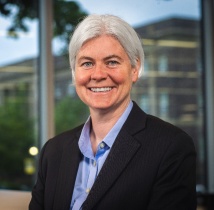 The new millennium has inspired renewed interest in comparative law generally and comparative tax law in particular, with practitioners and scholars rapidly building the literature that defines the modern field. Despite the increase in authors undertaking comparative tax work, however, the contours of the theoretical and methodological debates lack definition; despite several leading articles that call on scholars to actively engage with each other on matters of approach, most scholars continue to “write alone”; and despite the increasing availability of thoughtful comparative law textbooks and monographs, tax scholars do not connect their work with debates in comparative law generally.

This fall, in celebration of the centennial anniversary of the introduction of federal income taxation in Canada, the Colloquium focuses on the historical significance and development, as well as the most recent challenges, of the modern tax system in Canada and around the world.